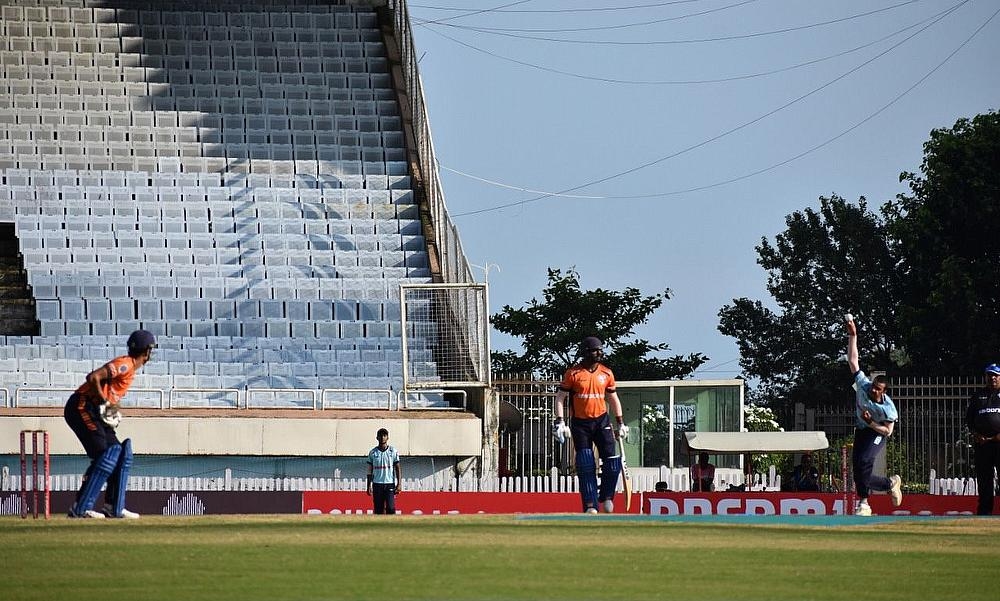 In the Jharkhand T20 League, Singhbum Strickers and Dumka Daredevils will lock horns against each other in a very crucial encounter. Both the teams are floating in the middle of the points table and hence are keenly looking to earn two points to go upwards. Strickers have won three and lost four games while the Daredevils have won four and lost two. Thus both teams need a win here to ensure their campaign doesn’t become too tedious.

1. No reports of any injuries for SIN.

2. The Strickers will play with the same team.

3. Wilfred Beng and Sharandeep Singh will be the openers.

4. The middle order will consist of Kumar Suraj, Sumit Kumar and Arvind Kumar.

1. No reports of any injuries for DUM.

2. Daredevils will be keen on playin the same playing XI.

3. Arnav Sinha and Mohit Kumar will open the innings.

5. Istekhar Ahmed-Khan will lead the bowling attack. He will have Sonu Kr-Singh and Ronit Singh for company.

In the SIN vs DUM Dream11 Team Singhbum Strickers had a good mix of batsmen but failed to find a good opening combination. However, the entry of Sharandeep Singh seems to have solved this issue as he is rock solid with the bat. In the bowling department, they rely on Aaryamaan Lala as he is the only consistent bowler. On the other hand, the likes of Istekhar Ahmed-Khan and Ronit Singh have given the Daredevils stability in the bowling department while Supriyo Chakraborty is a very good all-rounder.

Captain and Vice-Captain :
The following players can be picked as captain or the vice-captain in the SIN vs DUM Dream11 Prediction.

Mohit Kumar has consistently given good starts to his team and is a must-have batsman in the team. He has scored 106 runs in five innings and in his last innings he played an impressive knock of 52 runs off 47 balls.

Supriyo Chakraborty is a key all-rounder and can contribute with the bat as well as the ball. He has claimed a wicket in four out of five innings he has bowled and is very reliable. He can score some quick runs too and has added 52 runs in his last four innings.

Sharandeep Singh has played only three innings but has already showcased his batting prowess. In his last two innings he has scored 44 and 40 runs respectively. Hence he can be predicted to score a big inning in today match prediction.

Bhanu Anand is a reliable batsman lower down the order. He has scored 80 runs in five innings and has always chipped in with effective cameos whenever given an opportunity.

Ronit Singh is a wicket-taker bowler for his team. He has gone wicket-less in only one of the five innings he has bowled in. He has claimed 7 wickets in five innings so far and he can be predicted to pick a few more wickets in this game.

In Today match prediction,  Both Singhbum Strickers and Dumka Dardeveils have been unable to deliver consistent performances. Dumka have a better bowling unit which can turn the tide in their favour and apart from the top order, Strickers don’t have a reliable middle order. So this weakness can be exposed by the bowlers of Daredevils. Hence in the  SIN vs DUM Dream11 Match Prediction, Dhanbad Dynamos can be predicted to win the match against Strickers courtesy of their better bowling line-up.

Sudhir kumar is the Principal Author and Founder of CrackAccount. He is a web explorer and he enjoys finding useful information on the Internet. He loves to put things together to create a bigger solution. Sudhir is passionate about technology, languages, and literature. You can contact him via email admin@crackaccount.com or Facebook (facebook.com/imdhiru).

@2020 - All Right Reserved. Designed and Developed by Bloginstall

Which Is Better Old Tax Regime Or...

This website uses cookies to improve your experience. We'll assume you're ok with this, but you can opt-out if you wish. Accept Read More